Passing the ERA Torch along the Way! 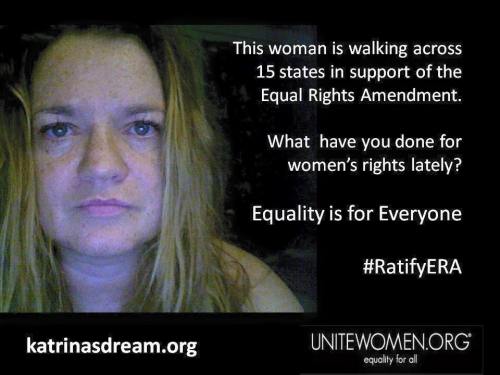 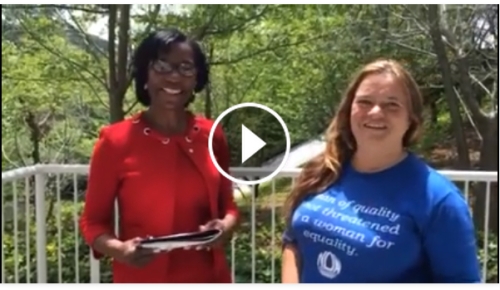 My journey through Georgia has been most exciting and breathtakingly beautiful. The women here have been so gracious, aiding me every step of the way. The first wonderful person to step up to help was Dianne Wing of UniteWomen – Georgia, from there many came on board. Dianne is amazing although homebound nothing slows her down. Her all hands on board approach, was refreshing and lifted me spirits. She paved the way for the success we all had in Atlanta. 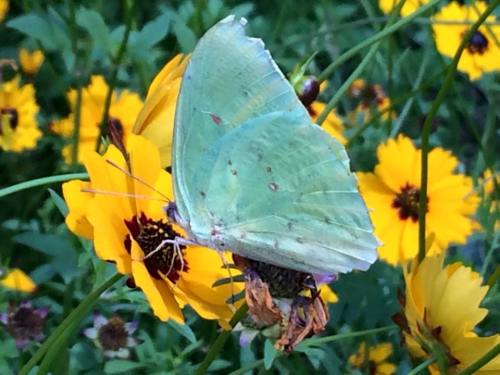 Beautify alights on a Black Eyed Suzy flower along side backroad leading into Atlanta, GA

Dianne put me in touch with Eliza Devine a whirlwind of a young lady. Eliza is the sole support system for her family since her dad died a few months of ago. This amazing young lady took time from finding her mother a place to live to support my pilgrimage   When Fox 5 Atlanta came to interview me she was there! She also accompanied me at meetings with US Senators Isakson and Perdue. And then she made the arrangements for a good friend of hers’ to host me for three days. 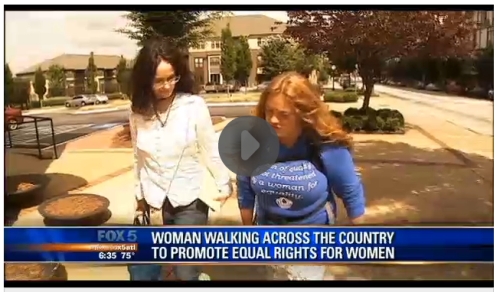 The first few days I in Atlanta I stayed at a shelter. As women shelters go it was bearable. The toilet paper was rationed, and often they ran out of food, and coffee was not served with regularity or any other beverage. We were told to be grateful for what we did get, which was reminiscent of what I heard at McKemie Place, the only single women’s shelter along the Gulf Coast, back in Mobile, Alabama. Right down to the mandatory chapel service sermons that God is a male, Adam is made in his image and woman was created to serve man. And that if you had God in your life you wouldn’t be in your present predicament. This I had a huge problem with as the God of my understanding is based on Galatians 3:28, “There is neither Jew nor Greek, there is neither bond nor free, there is neither male nor female: for ye are all one in Christ Jesus”, a passage that has a profound effect on empowering women in the Episcopal Church (USA).

But rather than tear down others understanding of God, one of the prongs of this pilgrimage is to we promote a closer understanding as you explore your relationship with God so I will refrain from going much further other than to say we must look at the role scripture has had in the concept of “domestic discipline” and work towards promoting the full inclusion of women in the church and in society in a leadership capacity.

Next I want to take the time to thank the folks at Representative John Lewis’s offices both in Atlanta and Washington DC for working hard to make things happen.   Lewis stepped up to the plate and co-sponsored H.J. Res 51, a joint resolution, which calls for the removal of the arbitrary deadline imposed by Congress back in the 1970’s.

I have requested meetings for next week with South Carolina is US Senator Graham and US Senator Scott to cosponsor S.J. Res 15, and US Representative Clyburn to cosponsor H.J. Res 51. These joint resolution employing the “Three State Strategy”, they were introduced by Senator Cardin [D-MD] and Senator Kirk [R-IL] and the House resolution was introduced by Representative Speier [D-CA].

After South Carolina I will be taking three more side trips. These upcoming trips are the National Organization for Women conference taking place in New Orleans, the 79th General Convention of the Episcopal Church in Salt Lake City, and Netroots Nation conference for training and networking with like-minded social justice activist in Phoenix. A big thank you to those who voted me to win the scholarship to Netroots Nation!

Then, the part that is hard for me the most is asking for financial assistance, I am running desperately low on funds and am way behind on my storage unit bill, mobile phone bill, and food monies. I am allocating the little I have to pay for literature for the 79th General Convention and the Netroots Nation conference. I am positive that things will work out. So please help out with a tax deductible donation. You can help using Pay Pal Just click on the send tab and use this email address: helene@katrinasdream.org.

Do share this email with your friends. If everyone takes a moment to share this with just three people the impact will great. And do tell your friends about the ERA March to the Capitol from St. Stephen’s and the Incarnation Episcopal Church in Washington DC when I wind up this pilgrimage on August 26, 2015. It is also going to be an online Twitter Storm. 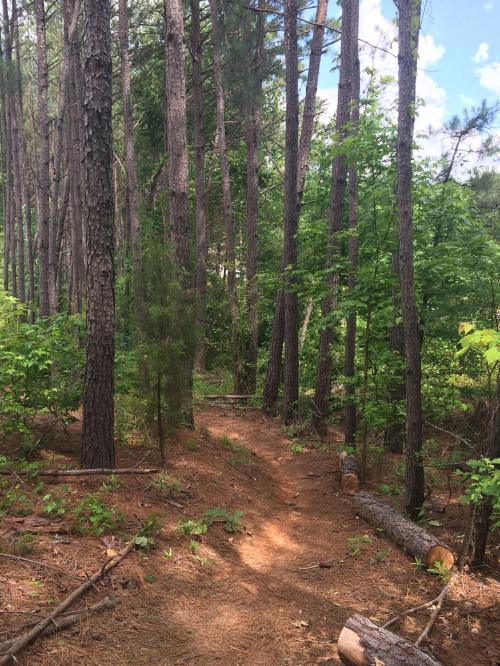 I wanted to leave you with photo of the trail I took heading over to the Evensong Sunday service at St. Gregory the Great Episcopal Church in Athens, Georgia.

Again thank you all so very much for continued prayers and support.

Love and Light in Christ,

One Comment to “Passing the ERA Torch along the Way!”