Women Are Human Not Statistics

Since heading out of Springfield, Illinois last November 2014, it has been difficult to keeping up with all the demands being made on me emotionally, physically, financially and spiritually. Walking in the snow and getting feverish dampened my spirits, as did a horrible case of poison ivy and chiggers. Currently, the torrential down pours is playing havoc with keeping dry. As the saying goes, April showers bring May flowers, so nothing I own is completely dry it is all in varying stages of moist, damp, or sopping wet. 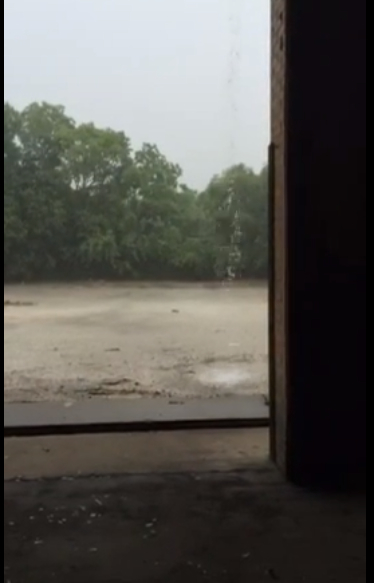 I don’t like complaining and I really don’t have a right too. So I keep my complaints to a minimum. I choose to make this pilgrimage for Women’s Rights. I dedicated myself to making this journey years ago. I wanted to get national media for the Equal Rights Amendment, I want women to be empowered, and I want to see a woman president.

When I first conceived of the idea of pilgrimages 2010, I thought, “Heck if folks riding across the country for prostrate cancer get all kinds of coverage, this should be a breeze”. I received nominal coverage on my first pilgrimage form Seneca Falls, NY to Washington DC back in 2012. See . This time I left San Francisco in March 2014 and I was pretty darned sure that I get a little more press. I gave up my home, and business after my husband died to make this walk. The walk has not been easy. The lack of national media on this pilgrimage demonstrates just how difficult it is for women. Especially those woman who were not born into privilege, if they are to fall on hard times their options are far and few between. I have personally experienced widowhood in the ‘Good Ole USA’ and it is not pretty when you don’t have two cents to rub together and the economy still sucks picking up the pieces while not giving up the dream, Katrina’s Dream for full equality.

Over and over again, as I have traveled across the country I find that there are no places for single women. Most cities across the US do not have shelters for single women. You must be a victim of domestic violence or drug addicted/alcoholic or mentally ill if you are to qualify for a bed in a shelter, providing there is a bed. Typically there isn’t. I have personally observed the ratio to be two to three shelters for single men to every one shelter for women of domestic violence or homeless families.

While my costs are negligible, storage, cell phone, etc., eating is essential The cost of printing literature for my visit to the United Nation’s Commission on the Status of Women had a price and my food budget has gone from $7 a day to zilch. And not having the proper gear makes it exceptional difficult, one tends to wear through outdoor gear more quickly when you are using it 24/7 every day 365 days a year. So over the course of the last few months, I have begun to rely heavily on programs geared to the homeless just to get a bite to eat and replace clothes with equally worn out clothes. As every cent I have is going towards replacing and updating literature accordingly and getting me to up coming conferences as I make my way to Washington DC.

In Mobile, Alabama I stayed at McKemie Place, the only women’s shelter on the Gulf Coast. The statistics are no longer numbers. They have faces. The conditions they stay there under are deplorable. The hot water went out one night and the electricity the next. Many women were turned away for one reason or another as there was insufficient room. You must be signed up each day to stay the night and be there by 4:00 pm and upon checking in you turn over your belonging to be locked up including your cell phone which you do not get back till the next morning. So you have no contact with family, friends, or the outside world. You also sit at a table from about 4:30pm till 7:30pm at which point you are allowed to set up your bed or go to one of the dormitory rooms and take showers. With only four showers serving 60+ women it is pure mayhem. Throughout the time there the doctrine that is spewed is that God is a male and that he made Adam in his image and that you as a woman are there to serve all men as your Master in rammed down your throat. Any comment to the contrary and you are targeted, to not be admitted the following day, especially if you express Pro-Choice sentiments.

But let me put that to the side for a moment. Here are some of the stories I gathered.

One white woman in her late 50’s, with a clostypy bag has been at the shelter nearly 18 months came to be there as ex-husband and packed her up in a van and drove her from Georgia to Mobile seven years ago and dumped her here. She had been married to him over 20 years. She helped him build up their business but he did not want her around anymore. He told her if she fought him in the divorce he would not pay for her daughter’s college education. So she didn’t. She shared that she wished he would take her back because living with him as difficult as it was, was better than where she was at now.

Another woman 36 of Asian descent is struggling with trying to see her six-month-old daughter and serious health issues. When the baby was two months old she and her husband got into an argument and she went out for a walk to cool off. When she returned he had packed up the nursery and has been hiding the child from her ever since. She had attempted to enlist the local police in finding her child but to no avail. He has since told the courts that she was a pill popper – she takes medication for seizures – and has thus been awarded temporary custody because she is now homeless. Her husband lives with his uncle who has been convicted three times of sex crimes; the police told her they could not help as he has temporary custody. Unfortunately, unless she can come up with $1000 dollars, has no one to represent her in court. The last night I stayed there she had a seizure – bit into her tongue and was taken away by the ambulance.

And yet another woman of African American descent, who was in her early 30’s had come down from Birmingham, Alabama, to be closer to her ailing father who resides in a nursing home. He is her sole support, her mother died when she was a teen. She had lost custody of her children and she is homeless. The father of her children will not allow her to see them. She and another woman wound up in a physical altercation because many of the other women there felt that if she was truly a good mother then Child Protective Services would have them, not the father. And obviously she was godless because God had given the children over to her abusive husband who must have been correct in meting out the discipline. She had left him because he was abusive and leaving the children behind was her only option.

When I stood up for women’s rights and LBGT rights I too was called Godless for challenging that God was a man. Stating that God was neither male nor female and that God loved Gays too. Shortly after this a woman came up to me shared with me that she had a partner in another state and was supportive of my efforts of support the LBGT community. She also begged me not to share anymore about her story in fear that somehow it might get back and she would be denied services.

Soooooo….. here I am in Pensacola, Florida making my way over to Tallahassee. At the local Episcopal Church I visited this past Sunday to charge up my spiritual battery I was ignored, having a backpack I believe that most thought I am homeless and it brought home just how difficult it is for women across the country. I left feeling tired, overwhelmed and emotional and spiritually bankrupt. I just wanted to get this over and get back to normalcy. But normalcy means oppression so I press on. And it is more important to me now than ever that we all band together to pass the Equal Rights Amendment.

Today is another day and I am renewed having mediated heavily on my thoughts of God. At the pier off downtown Pensacola I spend a few moment with God’s Air Force, the pelicans, herons, and seagulls, and I whisper into the wind.

Thank you for another day. Please give me the strength to go on. And please enlighten our leaders and emblod to make a stand for woman and my brothers and sisters in the LBGT Community.  For now is the time for the Equal Rights Amendment.  And God, please let the next leader of this country be a woman, maybe then God, just maybe than, we shall see a new age ushered in, an age of peace and prospersity for all. Thank you for listening.